More than just speed, it will provide better performance, from stadiums to your own home.

Here are the versions of Wi-Fi you’ll  be seeing:

Older versions of Wi-Fi aren’t widely in use and aren’t officially being branded.

The Wi-Fi Alliance also announced would like to see these numbers appear in software so you can tell which Wi-Fi network is newer and faster when connecting on your devices. You may be seeing Wi-Fi numbers on your phone, tablet, or laptop soon.

The latest Wi-Fi standard will offer faster data transfer speeds. If you’re using a Wi-Fi router/AP with a single device, maximum potential speeds should be up to 40% higher with Wi-Fi 6 compared to Wi-Fi 5. 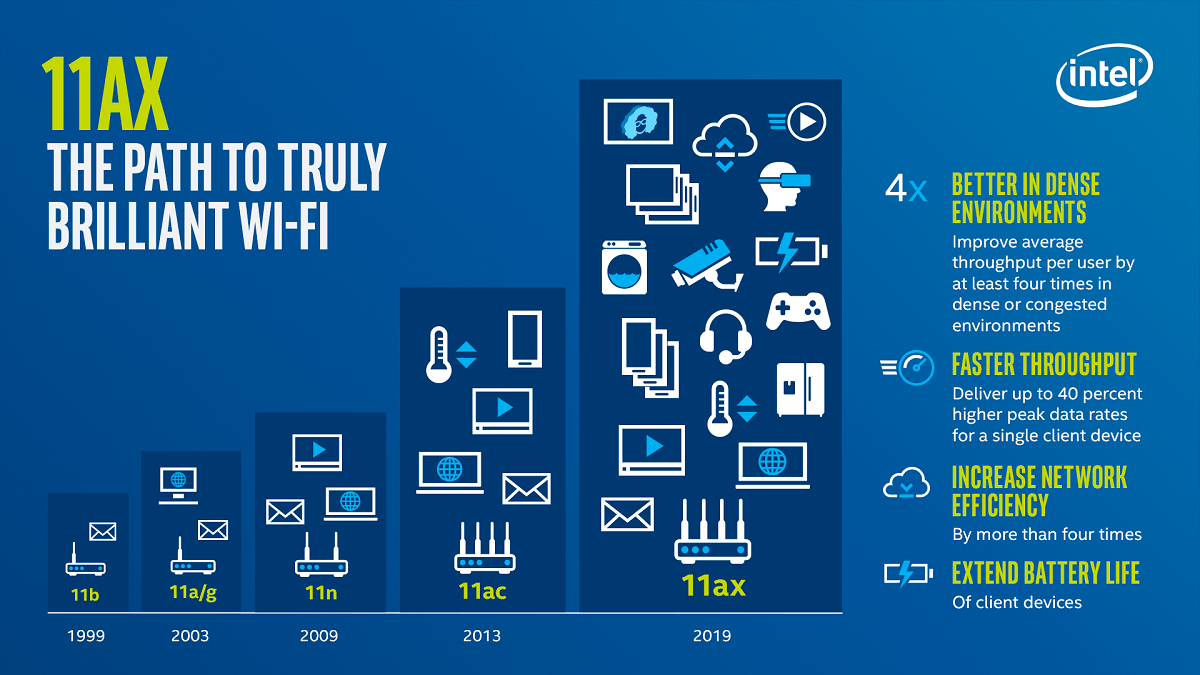 Key points of the new Wi-Fi 6

When it comes to buying a new device, you won’t have to look up the spec sheet and try remembering whether 802.11ac or 802.11ax is the latest standard. The device manufacturer should say it has “Wi-Fi 6” or “Wi-Fi 5.”

You will also start seeing a “Wi-Fi 6 Certified” logo on devices that have gone through the Wi-Fi Alliance’s certification process. Previously, there was a “Wi-Fi Certified” logo but that didn’t tell you what generation Wi-Fi that product was from unless you looked at the specifications.

Let us know what you think

This website uses cookies to improve your experience. We'll assume you're ok with this, but you can opt-out if you wish.Accept Read More

This website uses cookies to improve your experience while you navigate through the website. Out of these cookies, the cookies that are categorized as necessary are stored on your browser as they are essential for the working of basic functionalities of the website. We also use third-party cookies that help us analyze and understand how you use this website. These cookies will be stored in your browser only with your consent. You also have the option to opt-out of these cookies. But opting out of some of these cookies may have an effect on your browsing experience.
Necessary Always Enabled
Necessary cookies are absolutely essential for the website to function properly. This category only includes cookies that ensures basic functionalities and security features of the website. These cookies do not store any personal information.
Non-necessary
Any cookies that may not be particularly necessary for the website to function and is used specifically to collect user personal data via analytics, ads, other embedded contents are termed as non-necessary cookies. It is mandatory to procure user consent prior to running these cookies on your website.
SAVE & ACCEPT